Is your dog not eating? causes and tips

My dog is not eating – causes and tips

When dogs refuse to eat, many dog owners get worried. Loss of appetite should be observed more closely as the first warning sign.

What to do if your dog is not eating?

Some dog owners find it difficult to understand that there are dogs that do not eat properly. Because their own four-legged friends always eat everything immediately. But sooner or later it affects every dog. Suddenly the dog eats less or sometimes nothing at all. Then the search for the cause begins. Is it perhaps the food? Does he want more variety? Did he eat something he shouldn’t have? Or is he sick? Often the cause can be determined relatively quickly, but sometimes it is necessary to consult a veterinarian.

When your puppy stops eating

A puppy goes through two major phases in its life, which can sometimes lead to it eating less or refusing food completely. The first phase concerns the change of teeth, which takes place approximately between 3 and 7 months. Wobbly teeth and bleeding gums can cause eating to be associated with mild pain. This problem can be exacerbated with dry food. Light soaking is helpful here. Normally, dental problems in puppies take care of themselves; in exceptional cases, a veterinarian must be consulted.

The second phase concerns the dog’s puberty. Just like adolescents, dogs test their limits around the age of seven to twelve months. They try to get to the top of the ‘family pack’ by playing power games. They do not even stop at nutrition. By refusing food, they get the desired attention from their owner and try to decide what to eat and when. As in real life, only patience and loving consistency will help here. If you pay too much attention to this behaviour and are tempted to constantly change food, you are raising a fussy dog.

If your dog is generally healthy and lively, but keeps refusing the food after a while, then it would seem that the food tastes good because it was eaten initially. If you change the dog food as a result of the food strike, the dog learns very quickly that its grumbling leads to food alternatives. And the dog already decides what goes into the bowl and the owner is always on the (desperate) search for new brands of food. To prevent this problem, we recommend establishing fixed meal times. Let your four-legged friend wait until you have put down the bowl and given him permission to eat. The bowl is then available for about 15 minutes and the dog is only allowed to eat within this time frame. Afterwards, the bowl is taken away again. It is important that the dog is no longer fed with treats, etc. in between this time. For all family members, this means pulling together and not letting anything ‘fall’ off the table. If you do not assert yourself as the pack leader, the eating problem may persist throughout the dog’s life. But it is not only for educational reasons that the dog should eat reliably; regular food intake is also particularly important if your dog should ever be dependent on medication. 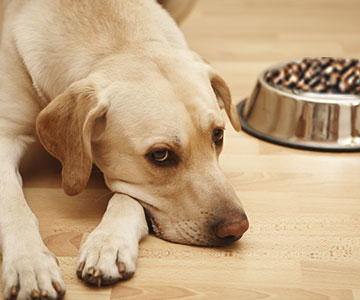 Variety in the food bowl

Generally speaking: eating is a very natural and elemental process. Do not pay too much attention to your dog in this regard. Do not reward him for his difficult eating behaviour with praise or petting while he eats. This way you avoid training the dog to eat only in the presence of the owner or even only from your hand. Often the human need for variety in the food supply as well as their own eating habits are mistakenly transferred to the dog. Unlike humans, however, dogs do not need such a wide variation in their diet. If a dog does not get to know an overly varied range of food, it will never ask for it. Many dogs are fed the same food all their lives and are extremely happy with it.

If dogs no longer eat as normal, the following reasons can also be possible in addition to dental problems, puberty or fussy eating behaviour:

Bad eating caused by a disease

If the loss of appetite is accompanied by symptoms such as vomiting, diarrhoea, fever, a hard or bloated belly or sluggishness as well as persistent refusal to eat, it is advisable to consult a vet in order to rule out serious health problems. The physical causes can be quite different: from organ diseases and foreign bodies in the mouth to toothache caused by tartar or gingivitis. To prevent dental problems, regular dental care is recommended.

A dog can survive a day or two without eating, but you should not wait too long, because sick animals in particular break down important protein reserves in the body more quickly.

As soon as a dog suffers from nausea and vomiting due to illness, this can lead to the dog no longer touching the food given during this time in the future. Dogs associate the discomfort with the food and subsequently avoid it. Such an aversion is difficult to overcome. In this respect, it can make sense to resort to an unknown food in the case of long-term illnesses, hospital stays or in the course of long-term therapies.

Sometimes dogs just seem a bit listless, but there could be a possibility that their sense of smell has diminished due to their age. You may be able to improve eating behaviour with the following tricks:

If a dog only eats as much as it absolutely needs, it may also be due to the dog food. It is always worth taking a critical look at the declaration. Don’t be fooled by promising advertising claims or pretty pictures, but look for an open declaration that lists all ingredients in detail. Only then can you be sure that the right food really ends up in your dog’s bowl.

Which food is
the right for my dog?

To the food advisor 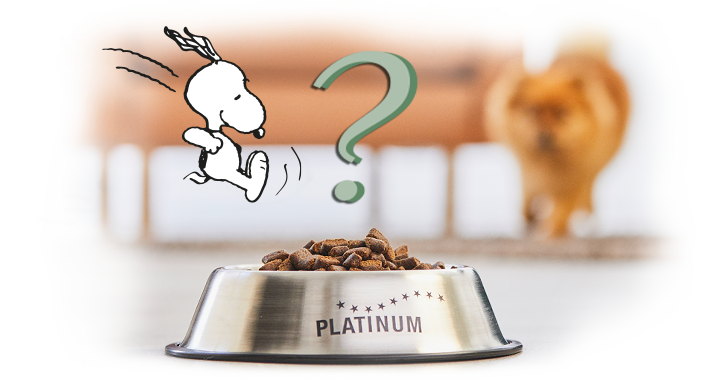 More articles on the subject "Nutrition" 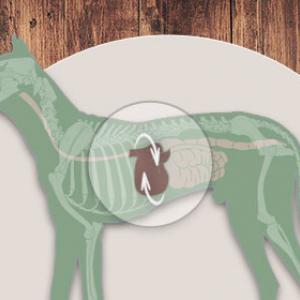 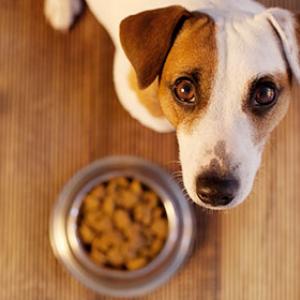 If you want to buy a high-quality food for your dog, you should not be fooled by pretty pictures and promising advertising, but rather take a look at the declaration.

According to a study from the USA, around one third of our four-legged friends are carrying a little too much weight. Obesity can have serious health consequences, and not only for humans. 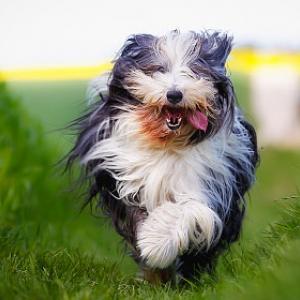 Weight tables of specific dog breeds are for guidance only. It is better to judge individually whether your dog is the ideal weight. 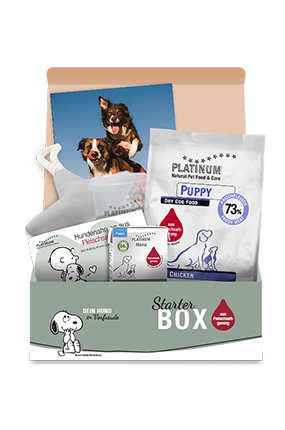 Not only do we have tasty dog food made by Fleischsaftgarung, but also cookies. However, these are not intended for your dog, but ensure an optimal shopping experience and the full functionality of our website.